A Beginner’s Guide to Pre-Dinner Aperitifs: Everything You Need to Know

A Beginner’s Guide to Pre-Dinner Aperitifs 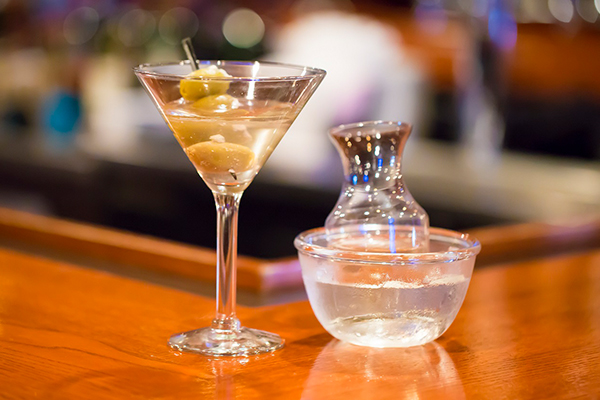 Did you know there is a name for the pre-dinner cocktails served at dinner parties and gatherings? Aperitifs first became widespread in 19th century Italian cafés.

The word aperitif actually comes from a Latin word, aperire which means ‘to open’. This name appears quite on the nose considering the drink serves as both an opening to a meal and as a way to open your stomach and stimulate your appetite.

What is an aperitif?

Definition Pre-dinner aperitifs are a low alcohol content drink, generally with a mild and pleasant flavor, that you consume prior to a meal.

Most often, you’ll find aperitifs to be served in a snifter or cordial glass. However, this will ultimately depend on what you order as your aperitif.

The History of Aperitifs

Aperitifs have likely existed since the fifth century or even earlier according to historical notes but only began picking up widespread popularity in 19th century Italy. As this popularity increased, the interest spread to the United States in 1900.

It is also believed that aperitifs have been popular for centuries in Latin America when served alongside tapas. The pairing of tapas, or small plates, with aperitifs was passed along to the United States and instigated the occurrence of Happy Hours where appetizers were served alongside cocktails.

Aperitifs come in numerous choices and can be anything from liqueur to fortified wines. However, all aperitifs have one thing in common: they tend toward the drier side. This is because the purpose of the aperitif is to prepare the appetite for the meal. A sweet drink would have the opposite effect. Aperitifs also tend to have below a 25% ABV and can be described as light.

Aperitifs can be divided into a few different categories, each will have a vast array of options to pick from. The major categories aperitifs fall into include wine-based aperitifs, spirit aperitifs, and aperitif cocktails.

Wines used as aperitifs are often dry and light. For example, if a Prosecco is used as an aperitif then it will likely be extra brut or brut rather than a sweet type. Wine-based aperitifs include options like Vermouth, Lillet Blanc, Chablis, dry Champagne, and dry Sherry.

Spirits used in aperitifs are generally more bitter in flavor and contain a low sugar content. These will be served straight, on the rocks, or diluted. Spirit aperitifs include Campari, Aperol, and Pimm’s No. 1.

Aperitif cocktails are quite dry with a bitter taste. Aperitifs cocktails include the Negroni, Martini, Gin and Tonic, Vodka Tonic, and Aperol Spritz.

After sipping on a pre-dinner aperitif, perhaps paired with a light appetizer, you’ll move on to a heavier course.

Join us at Christner’s to order an aperitif alongside one of our many delicious appetizers. Our team of expert bartenders and talented chefs will create a meal your tastebuds won’t soon forget.

Enjoy a Pre-Dinner Aperitif at Christner’s