A Brief History of the American Steakhouse

Americans love their steakhouses. In part this is because beef is a favorite meat in the United States. Americans buy more beef at grocery stores than they do any other meat. They also seek top-quality beef prepared at restaurants, predominantly in steakhouses across the country. Where did this love of steakhouses come from? How did the steakhouse become such an American institution?

Origins of the Steakhouse

The steakhouse began as the chophouse in the U.K. Chophouses started to appear in London in the 1690s as restaurants where individual portions of meat, or chops, were served to patrons. Originally, these chophouses catered only to men and their purpose was to serve a meal that was hot and quick to local workers. Even into the 19th century, these chophouses retained their traditional food, despite innovations coming in from elsewhere.

The Chophouse in America

The steakhouse, as known in the United States, has a two-pronged origin. Chophouses of London made their way to New York to serve the same type of clientele that they did in London: working-class men. Additionally, modern steakhouses in the U.S. were also influenced by traditional bars and inns.

The Birth of the Modern Steakhouse

The modern steakhouse came into being in the mid-19th century. It combined the permanent location of the chophouse with the higher-quality cuts and better atmosphere of the beefsteak banquet. Plus, they began to serve women and families instead of men only.

Steakhouses, as we know them today, have been around since the mid-1800s. While there are thousands of steakhouses across the United States, it’s a restaurant type unique to this country. Even in the U.K., where the chophouse was founded, the traditional steakhouse isn’t nearly as commonplace.

The Famous Steakhouses of America

The Old Homestead may be the oldest steakhouse in the United States, but it isn’t the only famous one. Here are some brief histories of the most renowned and traveled-to steakhouses in America. 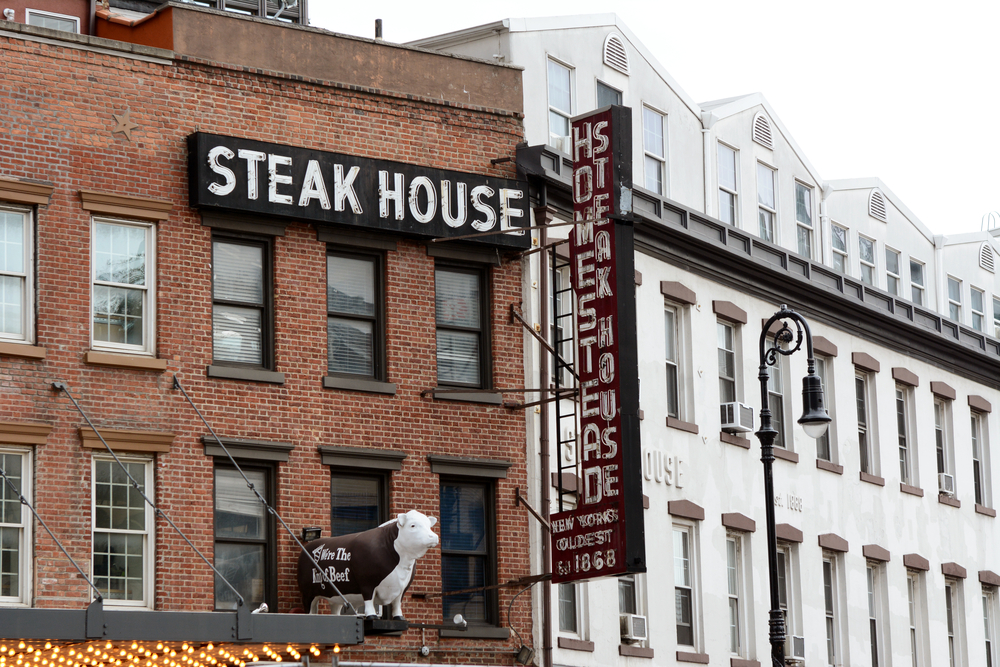 The Old Homestead Steakhouse in New York City has been operating for more than 150 years, making it the oldest continuously operating steakhouse in the United States. Although ownership has changed hands throughout the restaurant’s history, now in the hands of the Sherry family for over 70 years, little has changed about the restaurant, retaining much of its original charm.

Keen’s Steakhouse, located in New York City, is famous for its thousands of tobacco pipes. These pipes came from the restaurant’s Pipe Club where patrons would have pipes stored at the steakhouse that they could enjoy while dining. Keen’s was originally a gathering place for theater groups, in particular the Lambs Club, but over the years expanded its clientele and included personalities like Babe Ruth, General Douglas MacArthur, President Teddy Roosevelt, and JP Morgan. 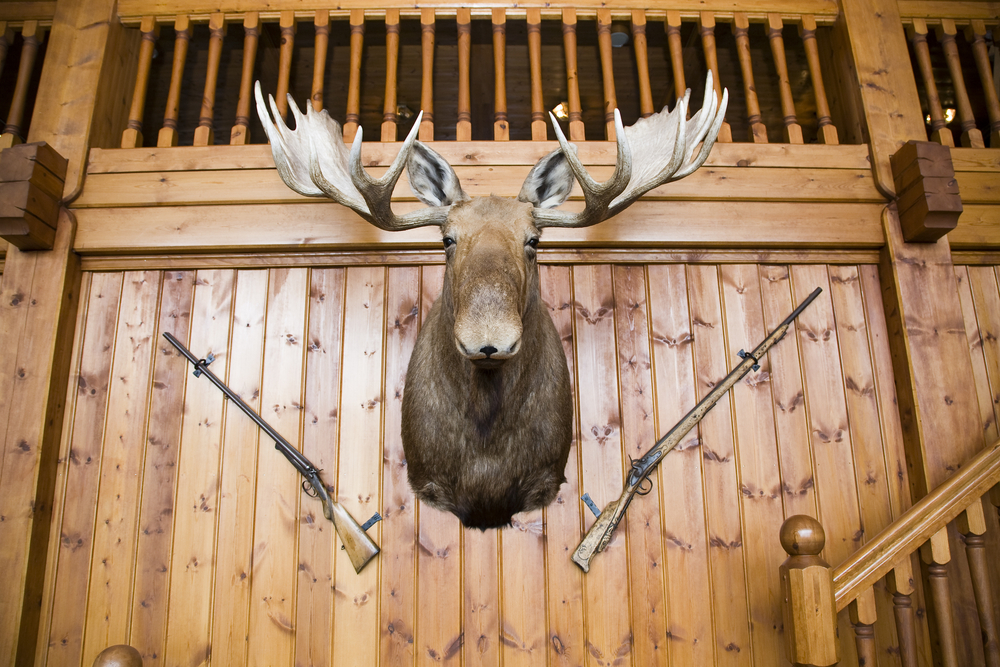 The Buckhorn Exchange in Denver was founded by Henry Zietz, who was a member of Buffalo Bill’s band of scouts. This steakhouse is one of the oldest restaurants in the country that isn’t located in New York, and held the very first liquor license issued in the state of Colorado. The Buckhorn Exchange has hosted many famous guests, including Teddy Roosevelt. Best known for its decor of taxidermized animals and antique guns, it’s now considered a historical landmark in Denver.

Located in Indianapolis, St. Elmo’s Steakhouse is the oldest steakhouse in the city that is still in its original location. Well known for its sauces, St. Elmo’s recipes, like its creamy horseradish sauce, are sold widely in supermarkets for fans to enjoy at home. Originally, St. Elmo’s clientele was mostly made up of businessmen, attorneys, politicians, and celebrities. However, it has since revamped its image to be more family-friendly, attracting customers from nearby shopping areas.

Founded in 1921, Pacific Dining Car is, as its name suggests, outfitted to look like the dining car of a train. It’s now been featured in films and television shows, including the HBO show “Shameless” and the movie “Training Day”. In “Training Day”, the character played by Denzel Washington recommends the steakhouse’s baseball steak.

Gene & Georgetti, located in Chicago, was founded in 1941. Although not the oldest steakhouse in the country, it’s the oldest in Chicago. Host to fiercely loyal regulars from the city, the restaurant has also attracted celebrity names like Russel Crowe, Will Farrell, Bob Hope, and Frank Sinatra.

Bern’s Steak House in Tampa was founded by married couple Bern and Gert Laxer. Bern had initially vowed to never enter the restaurant business after seeing how much his aunt, having owned a Chinese restaurant, worked. Despite this, he and Gert purchased a luncheonette in 1951 before expanding into a bar that would ultimately become Bern’s Steak House. Over time, they expanded the original restaurant until it could seat 350 people. Now, the steakhouse is run by Bern and Gert’s son, David.

Beginning in the early 1990s along a once quiet Lee Road, a family-owned steakhouse legacy was emerging in Orlando. The modest, single building was previously known by a variety of names including Bakerstreet Grill, Tony Marino’s and Morgan’s Lobster House. Fast forward to 2000, the Christner family expanded the restaurant with a second neighboring building, formerly Straub’s and Nick’s Boat Yard, with the signature central lobby and porte-cochère.

The familiar heart and soul of Christner’s began with Carole Christner and her late husband, Russ. Many of the founding principles and traditions stand today. Although the official name of Christner’s Prime Steak & Lobster name debuted in 2013, the iconic restaurant has been owned and operated by the Christner family since 1993. From USDA Prime Steaks to cold-water lobster tails, from rich leather seating to intimate lighting, Christner’s embodies an atmosphere that makes every day feel like a special occasion.

Long a favorite of the Orlando community, Christner’s celebrated its 29th anniversary this year on June 24, 2022. In honor of the anniversary, one hundred percent of the dining proceeds were donated to Aspire Health Partners to support much needed prevention, intervention and treatment services for the most vulnerable individuals with mental health, substance use and co-occurring disorders throughout Central Florida.

Through client-centered, customized outpatient care, they support veterans, active duty, and their families as they begin their next mission: healthy and happy lives.