Beer: A Beginner’s Guide to Glasses

Learn which glass is best for your favorite beer
Read Time: 5 minutes
Mar 10, 2022 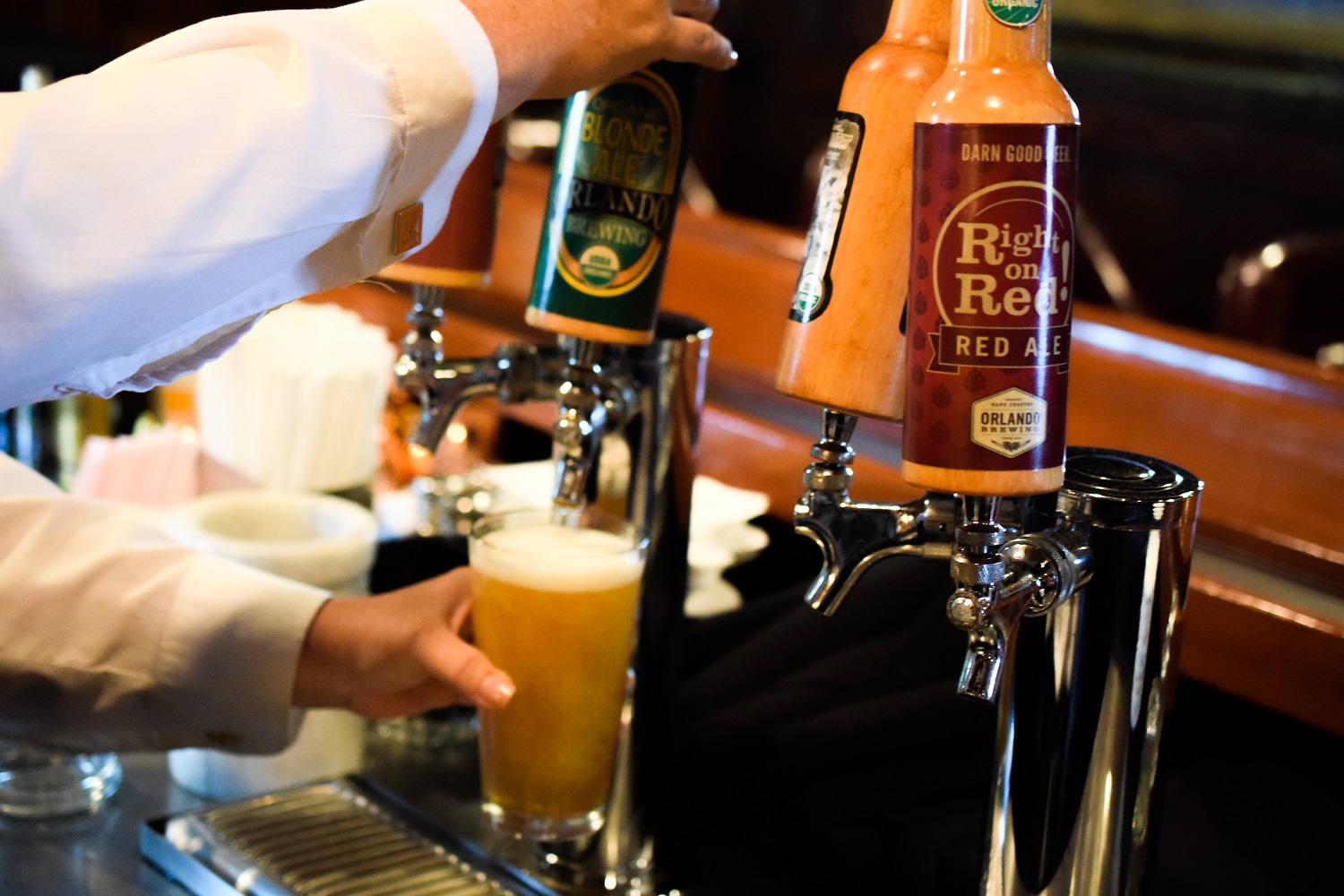 What do skilled connoisseurs and first-timers have in common? The answer is simple: a heartfelt appreciation of a good beer. While wine devotees and cocktail admirers have long enjoyed their specialty glassware, the importance of glass styles for American craft beer has come to light only in recent years. Beer enthusiasts are beyond grateful for it!

While many enjoy their beer straight from its original bottle, drinking it from the right glass brings your beer to new heights. The proper glass gives a beautiful bouquet of aromas that all combine well with each beer’s unique flavor, making every preceding sip as enjoyable as it is unforgettable.

Unsure of where to begin? Follow our comprehensive guide to beer glassware and enjoy your next ale like never before. 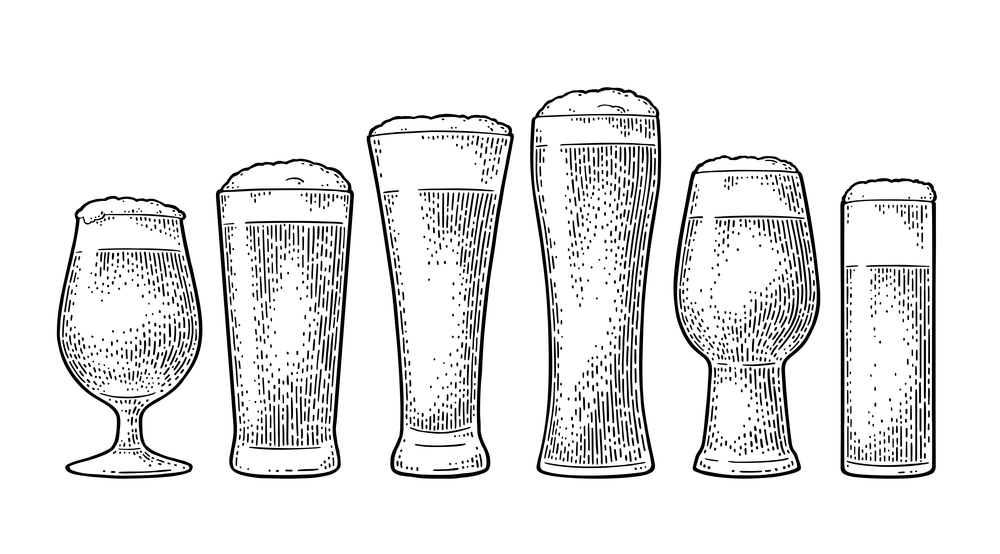 Anatomy of a beer glass

There is a type of glass for every style of brew. Whether it be a pint or pilsner, each beer glass features a distinct silhouette that affects the beer’s appearance, aroma, and speed at which it is sipped.

Typical characteristics of a beer glass include:

The size of a beer glass directly correlates to the beer’s alcoholic strength. As a rule of thumb, a light brew should be served in larger glasses while strong beers are better suited for smaller glasses.

A rim is to a beer glass like a successful host is to a party. The rim allows for a smooth transition of the beer from the glass to our palettes, introducing us to the beer and making a lasting first impression. Ensure that your glass rim is smooth and free of any chip damage.

Some beer glasses feature a flared rim with a convex body. This wider shape places the beer directly at the front of the tongue while a convex glass concentrates the foam and flavor. Flared rims allow for faster carbonation and an easier path to your palette.

When paired with a narrow rim, a concave bowl collects and concentrates the beer’s aromas. The bowl can also be held to warm the beer, which enhances the overall sensory experience.

Located at the top half of a beer glass, the bulb concentrates finer aromas, especially when lifted to the drinker’s nose. A bulb is also a suitable feature for beer styles that consist of high amounts of foam.

A base keeps the glass secure and steady. Some beer glasses feature a stem, which enables the drinker to hold the glass without warming the beer. Cooler beer keeps a fresh flavor.

Now that we’ve covered the basics, let’s move on to the types of glasses that are designed to complement your favorite beer, whether it be an ale or lager.

The go-to glass for most beer enthusiasts, the standard American pint glass has a cylindrical shape that is wide at the bottom and narrows towards the top. Since the glass doesn’t particularly enhance or detract from the quality of the beer, it is a popular option in many restaurants and bars.

Nicknamed the “Shaker”, the American pint glass can hold 16 ounces and is well-suited to a wide variety of beer including ales, stouts, and lagers.

The English cousin to the American pint, the Imperial glass is best identified by its subtle lip at the rim. Also known as the English pub glass and a nonic pint, the Imperial gives 20 ounces. The unique shape of the glass allows it to fit easily into the hand and creates a special curvature that accentuates the taste of ales and stouts.

Don’t be fooled by the name of this slender glass. While intended for Pilsner beers, the Pilsner glass works beautifully with light beers including pale lagers and blonde ales. Some Pilsner glasses are entirely straight while others show slight curvature – regardless, Pilsners are recognizable by their tall and skinny silhouettes that hold up to 14 ounces.

The Pilsner’s elongated shape highlights the golden hue of the beer. Similar to a champagne glass, the narrow base pushes bubbles up towards the top while the wide mouth creates a foamy head. The Pilsner glass shape highlights the beer’s aroma and flavor, making it ideal for beers that contain bubbly carbonation.

The new kid on the block, the IPA beer glass was only recently made popular. Brought to life by a collaboration between brewing companies Spiegelau, Sierra Nevada, and Dogfish Head, the glass is designed to enhance the fruity aroma and flavor inherent to beloved Indian pale ales.

Holding a capacity of 19 ounces, the IPA has an unusual form that resembles a goblet or chalice. The tall, tapered bowl concentrates and directs aromas to your nose, while the bell shape at the top aerates your beer with every sip. This makes the differentiated glass perfect for any type of Indian pale ales, especially hoppy beers like American IPAs.

Also known as the Belgian glass, the tulip glass derives its name from a tulip-like bowl that is held by a small stem. The unique glass has a bulbous body and flared rim, which captures the beer’s foam head. Not only does the distinct design allow for easy swirling, but it accentuates the beer’s flavor and aroma. The tulip is particularly compatible for double stouts, Saisons, Belgian beers, ales, and robust beers that have enough hop.

Designed by Spiegelau, Left Hand Brewing Co., and Rogue Ales, the stout glass-as given by its name-is perfect for your next stout beer. While the stout strikingly resembles the iconic IPA glass, there are some definitive differences. The bowl of the stout glass is slightly wider at the base and features a noteworthy curvature. This design enhances the dark, roasted notes of coffee and chocolate inherent to stout beers. The unique shape causes a cascade of bubbles while the base maintains carbonation and a frothy head.

Translating to “Wheat” in German, the weizen glass is understandably best suited for wheat beers like hefeweizen, dunkelweizen, American wheat ales, and even gose beers.

Holding a capacity of 17 oz, the Weizen glass is tall and thin, making it easily mistakable with the pint glass. However, weizen glasses feature a bulb shape near the top of the glass. This flared curvature captures and retains the foamy head, holding the aromas intact and directing them towards the nose as you sip.

The glass’s length gives a beautiful display of the beer’s golden hue, while the narrowed bottom stops sediment or yeast from moving towards the mouth of the glass.

While traditionally used for brandy and cognac, snifter glasses remain a favorite choice among beer enthusiasts. The wide bowl gives room for swirling and releases a strong aroma that is captured by a narrow rim. The snifter works wonderfully with aromatic beers like IPAS, barleywines, and imperial stouts as their design enhances the elements of these beers.

Tall and slender, the stange is fitting for its German meaning of “pole”. Also known as the rye glass, the straight shape of the stange glass accentuates the beer’s flavor while preserving bubbles, working like a champagne flute.

This makes the small glass perfectly suitable for light and delicate beers like kölsch, bocks, lambics, gose, and other altbiers.

Identifiable by their round bowls and thick stems, goblet and chalice glasses are ideal for heavy and strong beers like Belgian ales, sour ales, Saisons, and farmhouse ales.

Their wide rims allow for large sips so that you can savor every drop the liquid has to offer. The bottom of the glass further includes etching, which pushes carbonation upwards and keeps the beer’s effervescence.

If you’d like to enjoy a glass of beer, visit our location in Orlando to try Orlando Brewing Company exclusively available on tap. Make your reservation today.