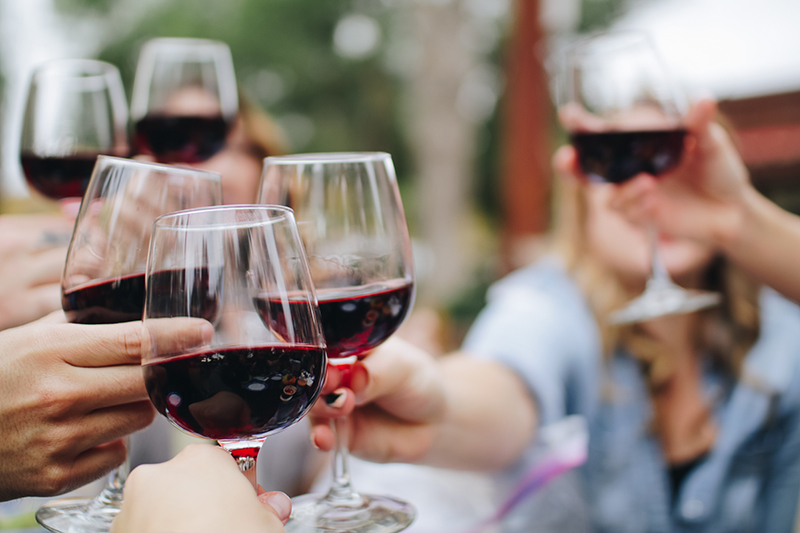 Wine ratings guide the purchasing decision of wine drinkers whether they’re unsure shoppers or well-versed in enology and viticulture. When professionals behind a trusted source tell you it’s good, you believe them.

And it’s little wonder so many people base their purchasing decisions on a rating. The editors of Wine Spectator taste over 15,000 wines each year to provide each with a rating on the 100-point scale. They know what they’re talking about.

What Do the 100-point Wine Scale Rankings Mean?

The 100-point scale actually begins at 50, not 0. This is because the system is based on the American grading system. From the original 50 points wine can gain points for the following:

There are multiple adaptations of the 100-point scale. This means there will be a variance in the rating of wines from one source to the next. The brackets Wine Spectator’s 100-point scale grades wines into are as follows:

The Who and Why of Using the 100-point Scale

While the 100-point scale is used by a number of critics, Wine Spectator has stepped up as a respected source of ratings since 1996. The process for rating at Wine Spectator is done blind, except for the grape type and vintage.

Tasters are split into groups, only tasting wines that fall within their region of expertise. This is done to help each taster focus only on rating similar wines and weighing them against one another.

What is the Average Wine Rating? 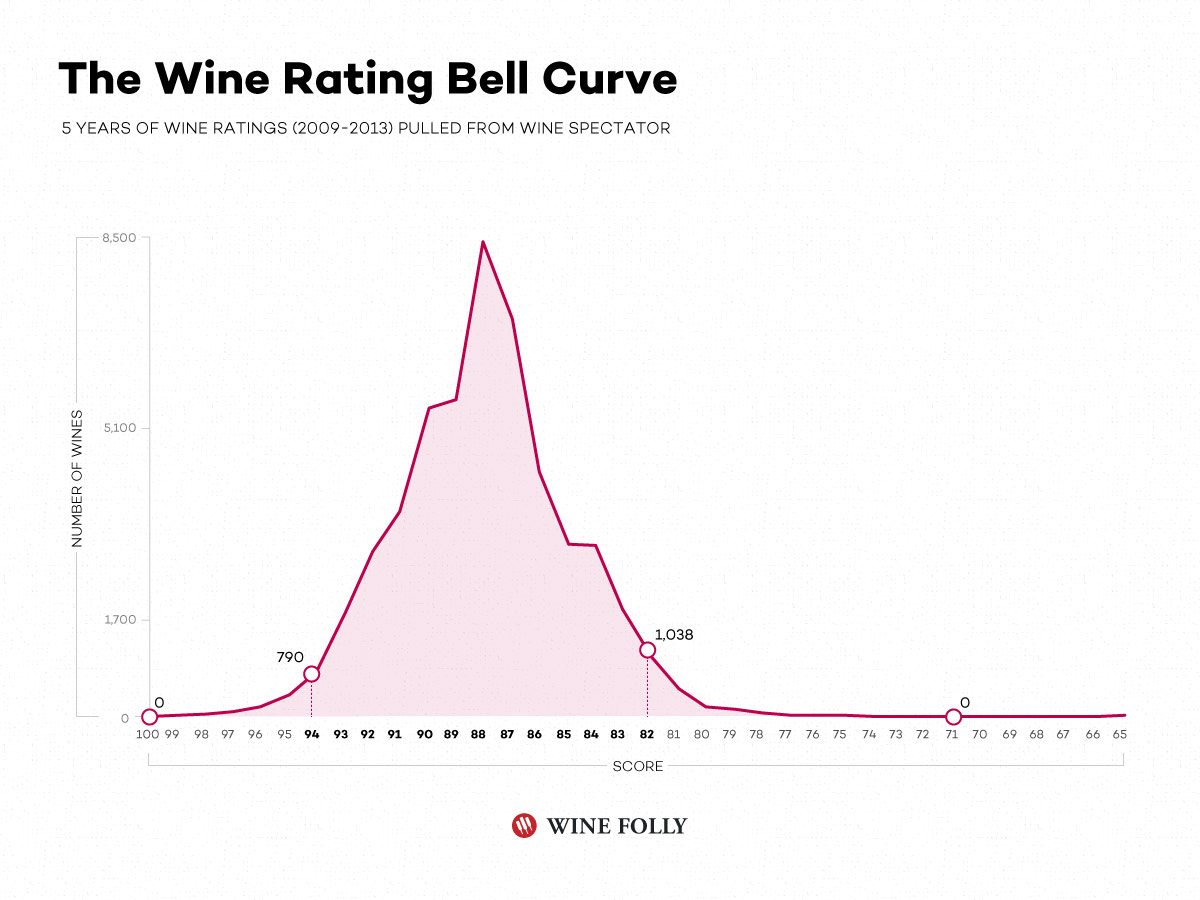 The average rating of wine using a 100-point scale falls between 87 and 89 points. While you might expect a higher rating equates to a higher price tag, this is not necessarily the case. You can find affordable wines above 90 points.

Is Every Wine Rated by the 100-point Scale?

No, not every wine has been rated by the 100-point scale. But this doesn’t mean that there are wines that can’t be measured. Given the vast number of wines on the market, it would be nearly impossible for one source to document them all using the scale.

Another factor to consider is the lack of attention brought to lower-rated wines. You won’t see a wine bragging about its 60 point rating. Given that lower-rated wines don’t advertise their poor rating, it makes the pool of wines rated by the 100-point scale seem smaller.

As with any system, there are critiques. The 100-point scale is no exception.

The 100-point scale isn’t the only option for determining wine quality. Two other commonly used rating systems are the 20-point scale and the 5-point scale. Beyond this, you have individualized systems as with Gambero Rosso’s bicchiere symbols.

The 20-point scale was started in 1959 for use by Dr. Maynard Amerine. This scale is more technical and traditional in nature.

This scale begins at 12 points which is attributed to a faulty, unbalanced wine. On the other end, 20 is considered ‘truly exceptional’.

Most 5-point systems use a form of symbols to indicate score rather than points. This is commonly represented in stars.

Remember, as much as there seems to be a science behind wine rating, it’s still subjective. Scales aside, the best type of wine is one you enjoy drinking regardless of rating.

Searching for a wine highly ranked on the 100-point scale? Visit Christner’s for a number of options to satisfy every wine-lover’s cravings.

At Christner’s, we have more than 4,500 bottles of wine to choose from. With options so expansive you’re sure to find your next favorite. Plus, if you’re still developing your preferences in wine or need guidance with pairings, we have an in-house sommelier who is happy to assist you.

We like you. We want to stay in touch. Please Join our email list to stay updated on what‘s happening at Christner‘s.