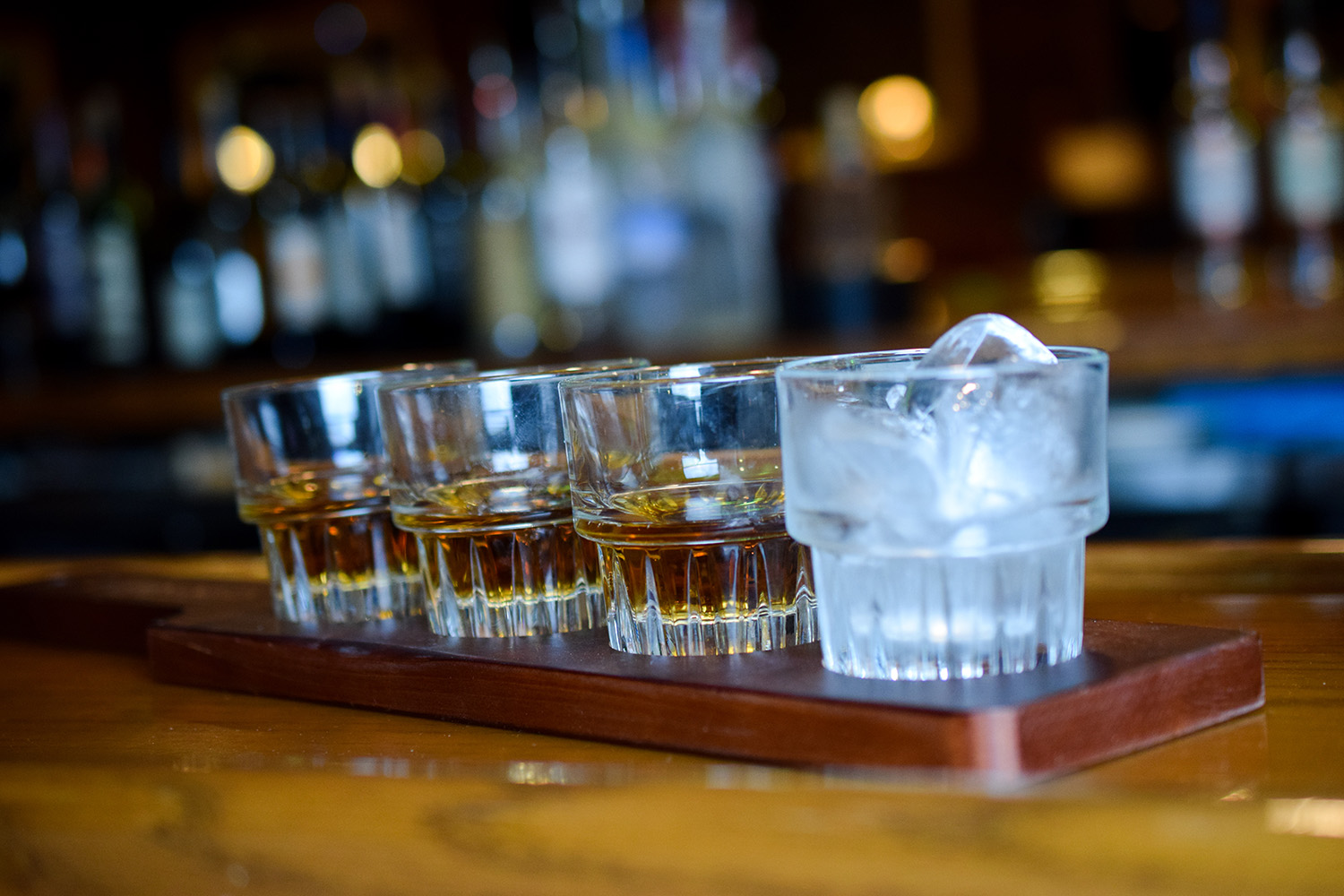 Once you’ve decided you want to try a whiskey tasting you’ll need to determine where. Most distilleries provide guided tasting tours of their lines at affordable rates. Restaurants, like Christner’s, will often have a curated flight of whiskeys available. But, if you have the time to go the extra mile, you can organize your own tasting personalized to your specifications.

Whether you want a directed whiskey tasting at a distillery, a flight of recommended whiskeys from your favorite restaurant, or a DIY’d whiskey tasting from the comfort of your own home, here’s what you need to know to properly taste any whiskey that winds up in your glass.

Proper whiskey tasting can be broken down into four key steps. While enjoying a glass of whiskey doesn’t require these four defined steps, it does enhance the drinking experience by broadening your knowledge and uncovering subtle nuances in the flavor profile of your favorite whiskeys. 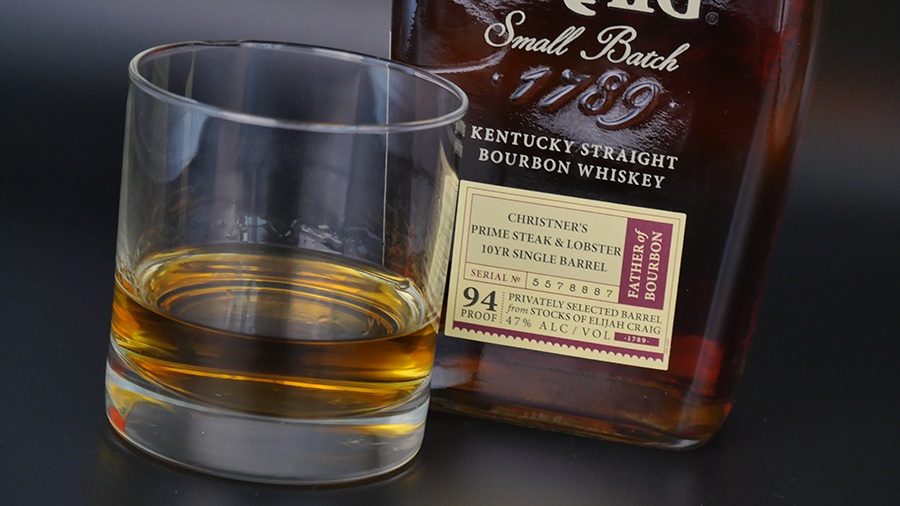 It’s also important to note, tasting whiskey and drinking whiskey aren’t necessarily the same. If you plan to taste a number of whiskeys at once you may want to use a spit bucket, as you would with wine tasting.

Break your whiskey tasting up into the following order: appearance, smell, and taste. Here’s what you should know about each step.

Before ever physically tasting the whiskey, begin by observing its color. Whiskeys will be amber, gold, or light gold. That can give you an idea of how it was aged and for how long. An older whiskey will be darker and a younger one will be lighter.

Give the whiskey a swirl in your glass. Watch for the trails of liquid running down along the inside of the glass. These are known as the legs. Thicker legs that move slowly down the glass indicate higher viscosity which will result in a stronger mouthfeel.

Now it is time to nose the whiskey. You can either smell the whiskey using short, small sniffs or longer, softer sniffs. Either way, avoid jamming your nose into the glass when sniffing as whiskey has a high alcohol content and can be overpowering to the nose. It’s best to swirl and sniff the aromas that carry up from the glass.

Don’t pay much mind to the associations and aromas others around you are discovering. Each individual will have a different experience. Focus on what you are personally experiencing. Try focusing on one aroma at a time and don’t be frustrated if it takes a bit to pinpoint anything specific.

Now it’s finally time to taste the whiskey. Take a small sip and wash it around in your mouth for a few seconds. As you experience this sip, begin to think about the flavors. As a novice whiskey drinker, don’t overcomplicate the tasting process. Take another sip and again focus on the flavors.

You’ll want to take a little under five minutes sipping the whiskey slowly to experience all the flavors it presents. If you are having a more structured tasting you will likely have a card where you can write down the notes you experience.

Should You Add Water When Tasting Whiskey?

Adding water to whiskey is a personal preference and the amount you add will vary depending on the whiskey you’ll be drinking. But why do it in the first place? Adding water to your whiskey helps to break the surface tension of the whiskey and creates a reaction with the whiskey that brings molecules holding flavor to the surface. This leads to a strong aroma and flavor.

If you decide to add water to your whiskey while tasting, only do so after tasting the original whiskey as-is. Add water with a pipette to control the amount of water added down to the drop. You’ll want to add water a few drops at a time to avoid oversaturating your whiskey with water.

The tumbler, otherwise known as the rocks, old fashioned, or lowball, is the most well-known whiskey glass. Its wide rim means it isn’t the best option for whiskey tastings.

The highball is similar to the tumbler glass only taller. It isn’t a go-to glass for tastings and is instead better used for serving simple cocktails.

Otherwise known as the brandy bowl or balloon glass, the snifter is a classy whiskey glass commonly used during tastings. But despite this, it isn’t necessarily the best for use during whiskey tastings. The wide bowl and small rim can actually urge overpowering aromas to the nose during tasting resulting in a less-than-pleasant experience.

The tulip glass also referred to as the dock glass, has a long stem and narrowed rim. This keeps the hand away from the bowl to avoid the hand coming too close to the nose during tastings which can cause pollution to the whiskey’s aromas. The narrowed rim focuses the aromas toward the nose for a better tasting experience.

This glass is based on a traditional Spanish glass for tasting sherry and is widely regarded as the best choice for whiskey tasting by distillers and connoisseurs.

Glencairn glasses are similar in shape to tulip glasses with a shorter stem. The bowl shape concentrates aromas toward the narrow rim. This glass is great for whiskey tastings or casual drinking due to it’s thicker stature.

Plan a Whiskey Tasting at Home

If you want to have your own DIY whiskey tasting from the comfort of your own home, you can make the event as fancy or casual as you’d like. Whether you pick up just a few bottles to taste with your partner or opt for an official gathering of friends and family, here’s what you should consider.

If you’re planning your own whiskey tasting, you’ll want to pick around three to five whiskeys. Avoid exceeding eight to prevent palate fatigue. You’ll want to decide if you want to emulate a theme through your whiskey choices. Try highlighting one region, style, or flavor profile.

You should push all the strongest and smokiest whiskey to the end of the tasting with delicate, winey whiskeys toward the start.

Glencairn, snifter, and tulip glasses are most often used for official tastings. But you can technically serve your whiskeys in any glass. Even a wine glass can work in a pinch.

You’ll want to include roughly ½ ounce in each glass. If you’re having a small tasting, one bottle of each whiskey type should be plenty.

Don’t provide anything heavy before a whiskey tasting. But it’s a good idea to have charcuterie, hummus, cheese, or other light appetizers. You’ll want to avoid especially spicy or strong herb-flavored snacks as this can interfere with tasting.

Pro Tip: Keep crackers on hand. They’re a great way to cleanse the palate between tastings. 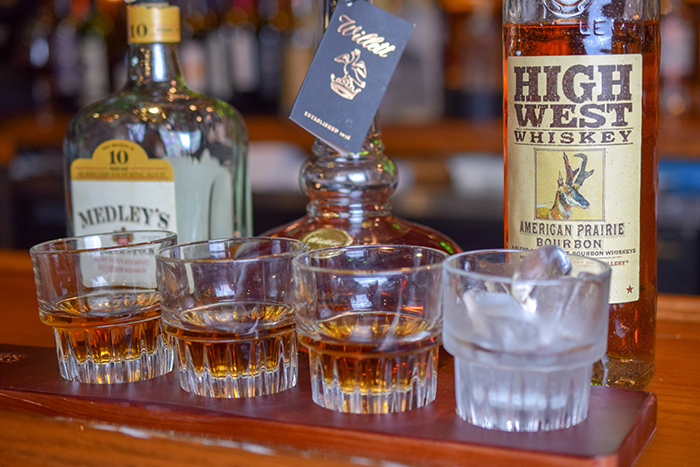 If organizing your own whiskey tasting sounds like a lot of work (it can be!) you can go with a dining experience instead. Christner’s provides bourbon and whiskey flights specially curated for the optimal tasting experience.

Pick from The Exceptional Whisky Collection or An Exceptional Bourbon Flight, both featuring a premium curation of three whiskeys.

Big cereal notes attack the nose, with an undercurrent of sherry and citrus. Flavors of toffee, caramel, dried earth, mint, and jasmine. A touch of austerity and sweetness in the drying finish.

The malt kicks off with an impressively complex nose that includes a fistful of grains, strong aromatic herbal notes including fresh thyme, lavender, and a bit of nutmeg. There’s a sweetness mixed in with all of this, gentle citrus-meets-sugar notes that are immediately both austere and enchanting.

The Exceptional Malt is a blend of single malts, with no grain whisky added.

The concoction is then blended for further aging in first-fill Oloroso sherry cask. It has a nose of toasted cereal grain, citrus lead the way to flavors of candied citrus, pound cake, vanilla, caramel, and a touch of sherry notes in the finish. 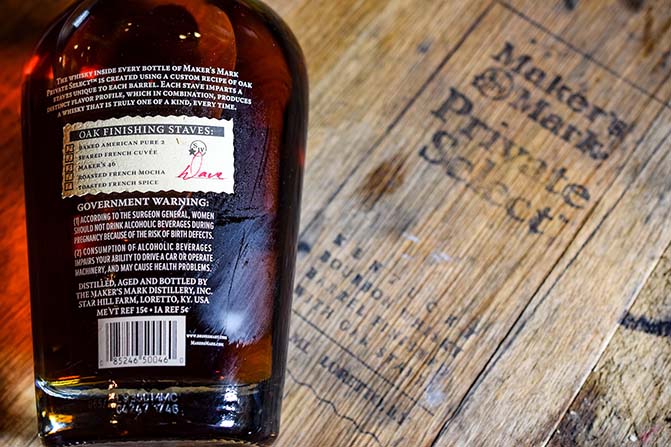 Full aromas of grains with notes of oak and woody spice. Flavors of spicy oak, cinnamon and caramel blend together for perfectly rounded flavor with touches of aged vanilla, semisweet chocolate, pecans, and pears. Enjoy the soft, long warm finish.

Vanilla, caramel, nut, cinnamon, and oak pop out from the start. Sweet and light at first, these flavors slightly intensify in the glass with air. A nice roundness to its mouthfeel with a mild heat. A complex array of flavors in the finish.

A light caramel and sweet vanilla nose, with a rich and earthy palate with well-balanced flavors of corn, honey nougat, sweet toasted cornbread. The finish is full with flavors of vanilla and caramel apple.